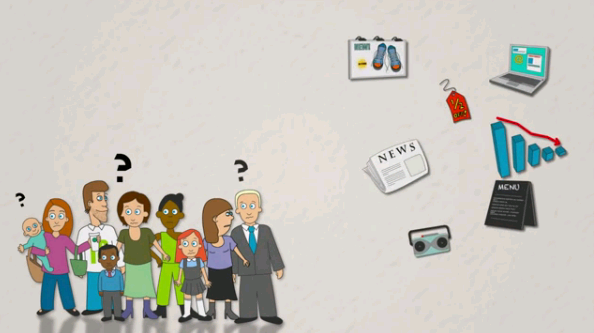 Tesco was the first major supermarket to deploy a digital signage network in its stores back in 2004. Though it was initially planned to cover 300 stores, the Tesco TV project stalled at 100 screens due to lack of interest from advertisers and the public alike. The advertisers have actually done a great job in summarising the problem- the screens’ placement and their intrusive nature.

Here’s what was wrong with their digital signage network:

1) Too many screens. The concept of ”quality not quantity” would have been very useful if applied in this situation. Several screens would have been enough to make the point and get the  message across even in a Tesco Extra store. 40 screens/ location proved a little bit overwhelming for customers who might have felt harassed rather than informed.

2) Screen placement. Even though the store traffic patterns might have been closely analysed before installing the screens, they will only tell you where your customers tend to walk and linger, but not where they look and how much visual clutter is in a particular spot, as a BrandRepublic article notes. The unfortunate placement of the displays was one element that prevented Tesco TV (the brand’s in-store TV network) to set off and attract a satisying number of advertisers.

3) Screen content. Too rapid visuals (10 seconds) containing blinking, colourful images and the different content on screens too close to each other certainly did not help to get the message across. Tesco learned that bombarding customers with communications ultimately means being ignored and that’s what happened to their digital signage network.

In our whitepaper ”Digital Signage for Beginners”, we’ve highlighted the importance of content and location for the overall success of a digital signage project. This is a clear example of what happens when the basic principles are not respected- the displays are seen as chaffing and coercing instead of soothing and suggesting. As a result, Tesco pulled out its screens and lost quite a serious investment.

The moral? ”Too much advertising kills advertising”. Overwhelming people with information has always had adverse effects. Besides that, no one wants to be watching ads or television when shopping. The message has to be adapted to a store environment and therefore be short (but not too short), simple and relevant to the screens’ location.

Plan your project based on research and your customers’ buying patterns rather than guesswork and then test, test and test again. Make sure you go through a list of potential errors so you can avoid them and check out this list of questions  before putting the system in place. Devise a strategy, define some clear goals and then choose the hardware and software and design your network accordingly. Not the other way around.

If you’re ready to experiment with the technology, sign up to digitalsignage.NET for free or contact us for a free consultation.