You're Here: Home / Blog / Digital Signage / Screen Placement tip #2 – Postar (Route) and how it can benefit the SME 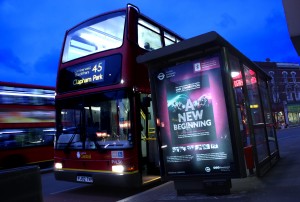 Route (formerly known as POSTAR) produces audience estimates for the out-of-home advertising industry in the UK. The data that they make available informs subscribers how many people see an advertising campaign, and how often they do so. The information is used as the currency for planning, trading and valuing advertising investment in the medium.

What Route do is to take all this information, and then add various measurement criteria (which is what we will focus on) to attempt to create a currency for the value of each and every advertising panel in the UK – such that (and it now sounds pretty obvious) that the decrepit panel in a quiet area should have a lesser value than a modern panel in a busy pedestrian area when a brand is buying that panel for an advertising campaign.

Route (and in the previous guise as POSTAR) have been collating data on advertising panels since 1966 and use various methods such as eye tracking to quantify the value of each panel and location. 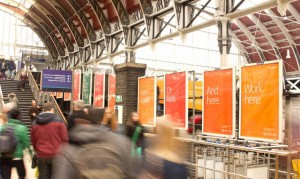 Now you may be asking, what use is advertising data to me when I am an SME?

Well the answer of course is that if you are going to be investing in digital signage screens you want to get the ‘biggest bang’ possible for your investment. At a silly mundane level, if you are installing a digital signage screen that has an audience of zero then you should be asking yourself – why? Of course no one would do that, but when considering where (and what type) to place your screen to best capture as large an attentive an audience as possible you can do worse than consider some of the various metrics we will discuss over the next few weeks.

Anyone wishing to know more about Route can find them here