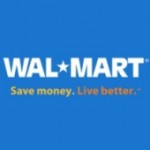 Simpler slogans boost sales, research shows and what’s even more surprising is that ”save money” messages increase spending… An article published in the Journal of Consumer Research sums up the  conclusions of a study conducted in 2010 in the US and Hong Kong  according to which people behave differently when exposed to brands than when exposed to their slogans. The simple acknowledging of Walmart’s logo lead to a smaller amount of spending as compared to the brand’s message- ”Save Money. Live Better”.

The same effect remained true when tested against other brands embracing the money- saving concept: Dollar General, Home Depot, Sears etc. Participants exposed to these brands were willing to spend an average of $94 during a shopping trip- two times less than those exposed to their slogans ($184). The take-away is that slogans have a much stronger impact on consumers than the mere brands, arguably because they make it easier for people to recall what a particular brand and its offer are about.  So it would only make sense to bring these slogans to the consumers’ attention in the most crucial moment of their decision-making: while they’re in your store.

”Companies may be trying to attract customers with slogans associated with saving money, but in fact, this strategy may make consumers spend more money than they would if they had not been exposed to the slogans.”  conclude Laran, Dalton and Andrade, the study’s authors.

This should be good news for those SMEs and start-ups trying to position themselves as price leaders, highlighting the cost- effectiveness of their offer. Slogans are not only capturing consumers’ attention but the rightly chosen ones are also influencing their behaviour to a high extent. That’s one of the reasons why big and small retailers resort to in-store TVs that allows them to bring their action prompting messages at the right time to the right people (and what better audiences could one wish than prospects so interested in your offer that they’re already in your store!) It’s also about making life easier for customers. A Stanford University study  concludes that while choice is something good to have, too much choice has us confused and frustrated, making our modern life more complicated (The Morning Sydney Herald, 2010). Sometimes, advising consumers on what they should buy, in an unintrusive manner, leads to happier people on both sides of the till.

Click here to read the article in full or here for more discussion on the topic.