Few of us thought,

wrote or spoke about the use of digital signage or digital screens in homes. But this video, produced by a company outside our industry, indicates that this could happen in the future. And if you remember the ‘Star Trek house‘ in Leicestershire, UK, featured by technology publications around 5 years ago, this idea might not be so far off.

Even though it’s a very futuristic presumption, it’s fun to imagine how the home of the future could be like. These screens would be hung on your wall, welcoming you when you get home, informing you about things done around the house (like vacuuming or warming up a meal- automatically performed based on your criteria and various triggers- like you entering the building),  about the weather and other things that interest you. And what’s even better, this information would be easily accessible on all your other devices such as mobile phones and tablets.

The discussions between David and ‘Home’- the other main ‘character’ of the video- provide hints about the interactive future of digital signage and the importance of the social element in this context (does the concept of social TV seem familiar?)

In the meanwhile, until the future becomes present, have a look at the video and write your own version of the ‘wired home’ below.

Could this be a future application of the newly announced Indoor Positioning System (IPS), a navigation system that can track how how many steps you take, stairs you climb and can relay your real life to your online one. 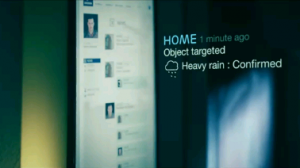 Just as a general fact, today- the number of connected devices is equal to the global population. 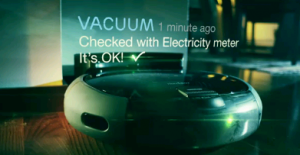 By 2015, the number of connected devices will be twice the global population (Intel). So Ericsson’s vision might become reality sooner than we think… 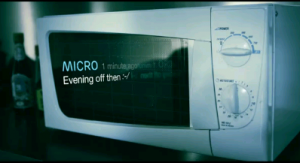 At Dynamax, we spent the last decade producing digital signage applications that power screens in a variety of environments (not in homes yet but maybe in the future). If you’d like to learn more about digital signage or need some consultancy on your project, don’t hesitate to contact us (click on the button below).

or request a free 30 day trial.

To learn more about digitalsignage.NET, watch our videos.